All the Fun of the Fair with Fluffy Favourites 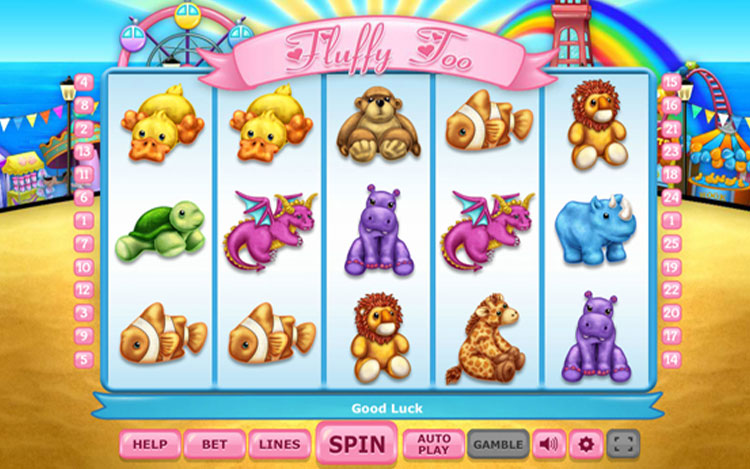 Fluffy Too is the sequel to the original Fluffy Favourites casino slot. This game sees players return to the familiar Fluffy Favourites fairground, which has been given a soft pastel - almost watercolor, look. All the same adorable plushies appear in this game, and Nellie is cheekily showing us her behind! In terms of features, the Fluffy Too slot game has a generous free spins round, plus a pick and win feature. Wild symbol Nellie the Elephant can also double the value of all symbol payouts for an extra-sweet touch.

Fluffy Favourites Fairground is the modern makeover of the classic Fluffy Favourites online slot. Featuring bright 3D graphics, the adorable plushie characters have never looked better and fans of the original Fluffy Favourites slot games will be pleased to know that not just all classic characters but all the iconic features remain such as free spins, prize pick, and of course Nellie the Elephant. 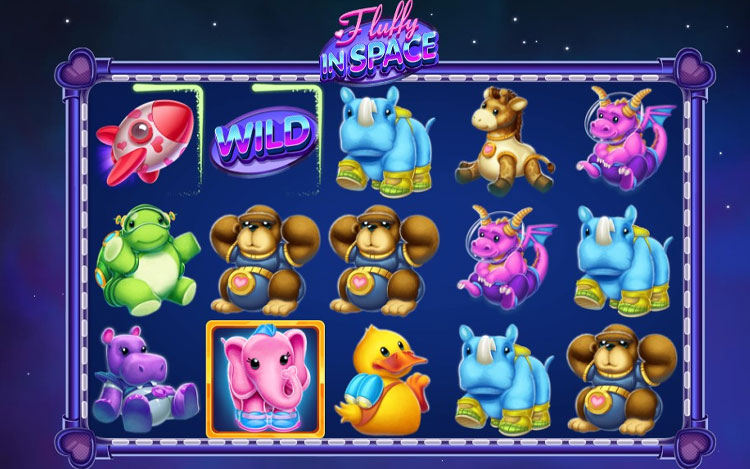 It’s time to blast off in Fluffy in Space, the Fluffy Favourites game with a space-age twist. Don’t worry about your favorite plushie pals though, because each character has been dressed up as an astronaut, so you don’t need to worry about these cuties struggling in the vastness of space. There’s still the free games feature and the wild symbol in Fluffy in Space, but there’s also a unique Fluffy in Space feature which makes the reel set transform into 15 mini reels for out-of-this-world fun. 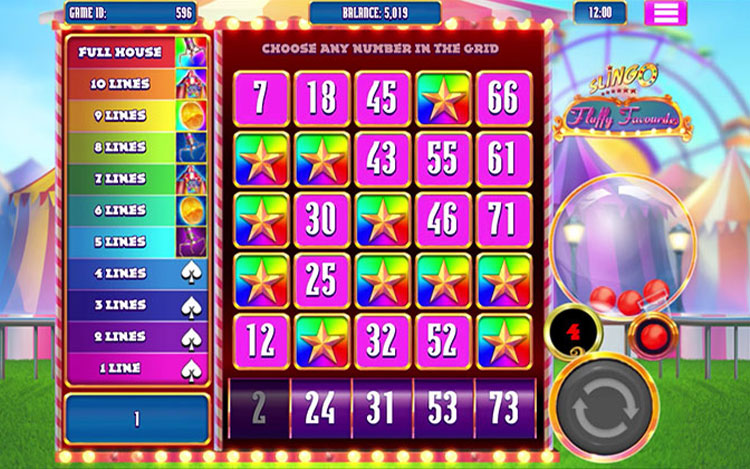 It was only a matter of time before the adorable Fluffy Favourites series came in Slingo format. For those not in the know, Slingo is a fusion between slots and bingo and is all about matching numbers to complete Slingos and win prizes. Unlike other Slingo titles, the Slingo Fluffy Favourites game adds in some exciting bonus features; the Toy Grabber Bonus, Coin Pusher, and adorable Hook a Fluffy. 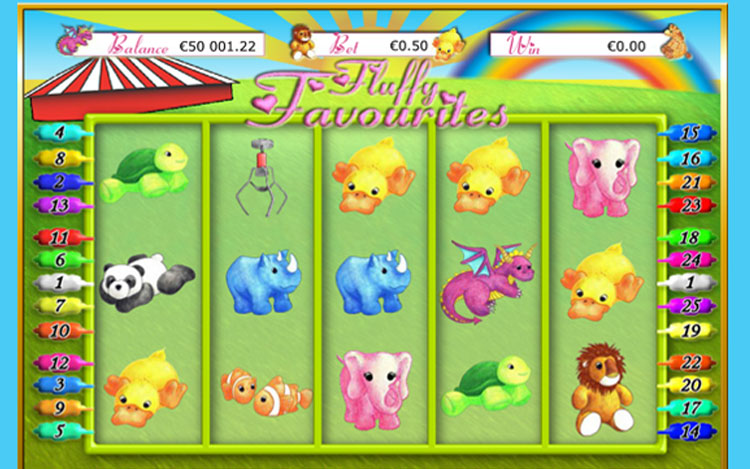 Who said that cutesy slots can’t pack a serious payout punch? Enter Fluffy Favourites Mega Jackpot, the higher-stakes variant of the classic Fluffy Favourites slot machine that has higher jackpot values and is ideal for our high rolling slots fans. The three jackpot values on offer are triggered on each and every spin, so who knows what excitement awaits you on the next spin?

The Fluffy Favourites Fairground Mega Jackpot slot machine isn’t one for the faint-hearted despite its cute aesthetic. With a low RTP of 89%, this variant of the series is designed to titillate seasoned slot fans. There are three progressive pots to be won at random in this game; the mini, midi, and maxi pots which of course increase in value until they’re won.

Of course, we couldn’t miss this progressive variant from our list. If you want to explore space and hopefully land an incredible progressive prize then Fluffy in Space Mega Jackpot is definitely the one for you. The three progressive pots (mini, midi, and maxi) can be won after any spin, so who knows what this space-age slot game has in store for you.

Play All the Fluffy Favourites Games at Slingo.com

Everything You Need to Know about Slingo Rainbow Riches

How to Play Slingo Responsibly

How to Play Slingo: Top 5 Tips
Follow us on