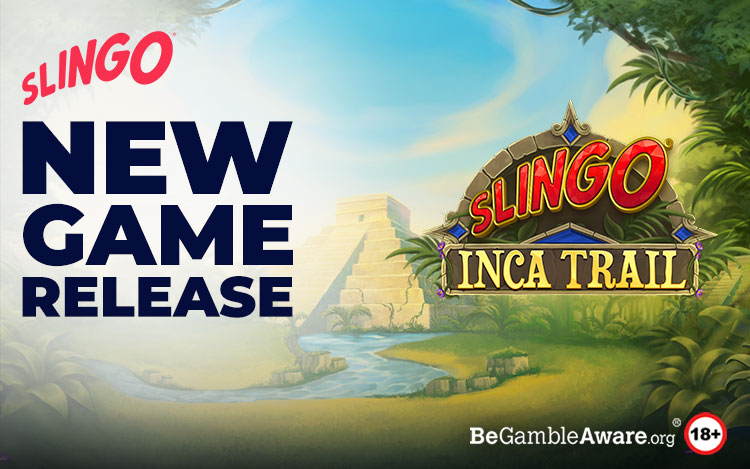 Machu Picchu is one of the new seven wonders of the world, and it’s easy to understand why. The breathtaking 15th century Incan citadel lies nestled in the mountains of Peru, and gives visitors a glimpse into the lives of Ican royalty.

However, since Machu Picchu is pretty far away for most of us, we’ve come up with the next best thing: an exciting new Slingo game inspired by the ancient city!

The Slingo Inca Trail game features the familiar Slingo grid, although this time there’s a Bonus Trail running along the top of the reels. Find arrows on the reels to advance further along the trail and unlock an exciting bonus round!

And with Free Spins, Wilds and Super Wilds to help you along the way, there are plenty of chances to win in this magical new Slingo game!

Each game lasts for 10 initial spins, with the potential to buy extra spins at the end of each game!

How to Play Slingo Inca Trail 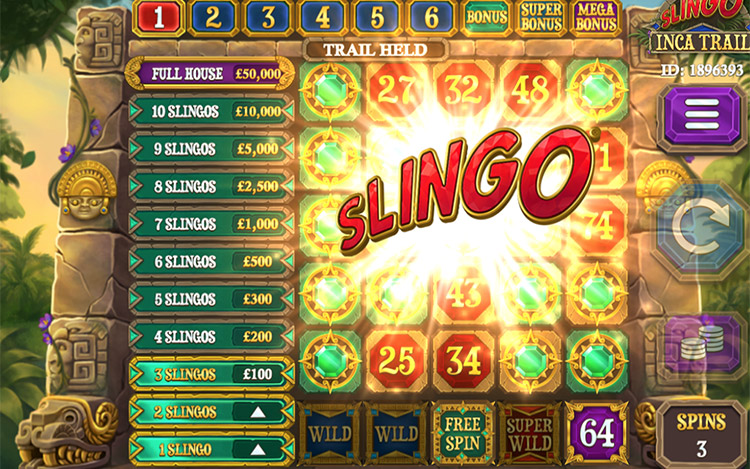 Before playing Slingo Inca Trail online, you’ll need to decide on your stake. Once that’s sorted, it’s time to begin!

The aim of the game is to match up numbers on the reel with those on the grid. Just like in other Slingo games, you’ll win a Slingo for marking off five numbers on the grid – vertically, horizontally or diagonally.

Completing a Slingo on the grid will move you up the pay ladder, and your goal is to mark off every number on the grid to achieve a full house and win the corresponding prize.

Wilds and Super Wilds can help you towards this goal by allowing you to choose specific numbers to mark off on the grid.

You’ll also notice a trail with the numbers 1-6 at the top of the grid, followed by the Bonus, the Super Bonus and the Mega Bonus.

Each time you land an arrow with a number on the reels, you’ll advance further along this trail until you reach the bonus rounds.

You’ll then be taken to the Inca Trail Bonus round, where you’ll spin a wheel to collect five icons and progress along the trail.

If you reach Machu Picchu at the end of the trail, you’ll play a fun picking bonus game where you’ll choose one of six artefacts to win a mystery multiplier prize! 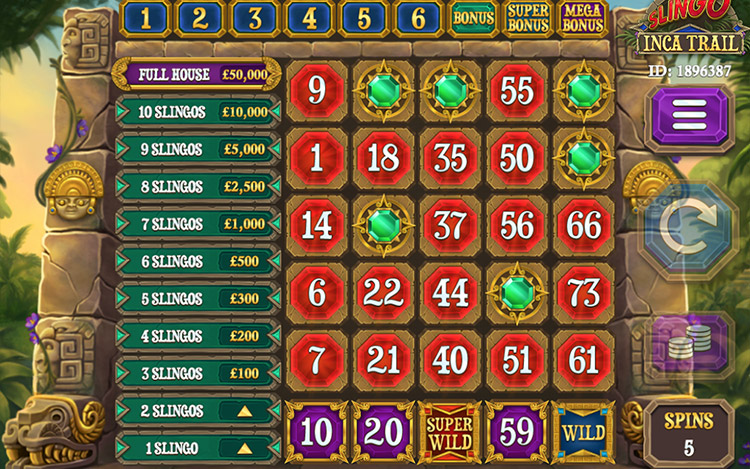 The Slingo Inca Trail game has a few features you’ll recognise from other Slingo games, as well as some exciting new additions: 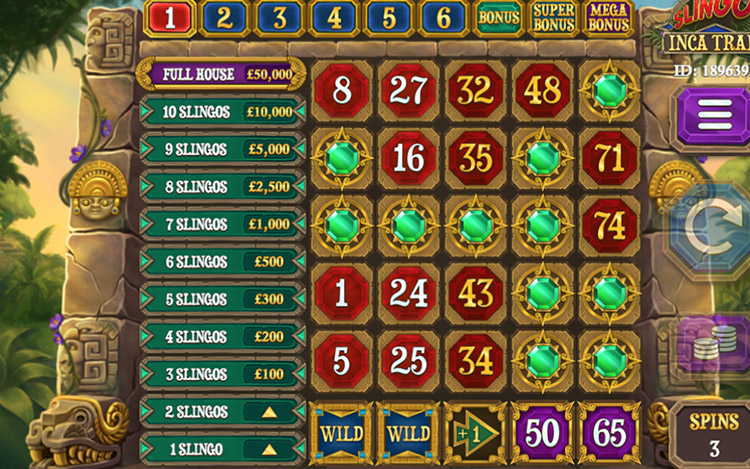 Journey to Machu Picchu with Slingo Inca Trail! And where better to play it than the official Slingo site? With over 1,200 Slingo, slots and casino games plus amazing customer service and a fun gaming environment, Slingo.com is your #1 destination for a fantastic gaming experience. Sign up and play Slingo Inca Trail here at Slingo.